Kyle Koehler has been rated by the non-profit group Heritage Alliance AFA as "Conservative" in his race for Ohio's 79th District House seat. 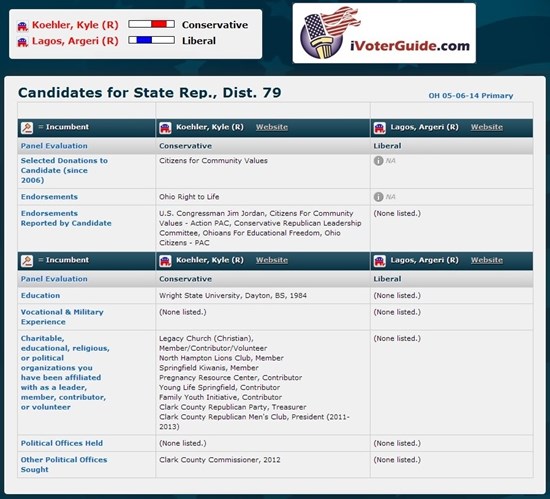 Heritage Alliance / AFA researches candidates extensively by compiling voting records, donation records, endorsements and issue surveys.  They DO NOT ENDORSE candidates but provide information to the voters so they can make educated decisions.

They state on their website that "Party Primaries are more important by far than the General Election in November, because the outcome of about 95% of races are determined in the primary."

Kyle Koehler believes that primary voters have a very clear choice on May 6th when it comes to selecting a true conservative to represent them in the Ohio House.