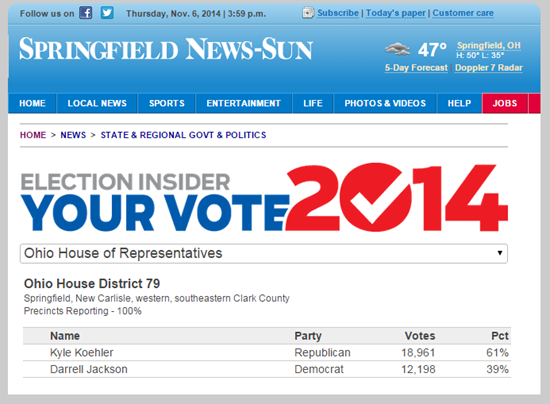 In a District that usually goes 51% Democrat in Presidential Elections, Kyle Koehler used an incredible grassroots effort to win by the largest Republican margin in over 40 years.

"I truly want to thank the 300+ individuals who actively touched my campaign by walking doors, making contributions, waving signs and making phone calls.  That, along with the many contributions, made this an incredible victory" Koehler remarked on Election Night.

Representative-elect Koehler will start serving his first two year term after being sworn in on January 5th.